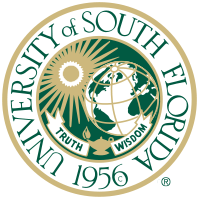 I recently heard from Jennifer Park, M.A., that she is performing research into the "Impact of Hoarding on Parent-Adult Child Relationships and Family Functioning" as part of her doctoral dissertation in Psychology at the University of South Florida under the supervision of Professor Eric A. Storch.
As I write this post, she is trying to recruit up to five hundred adult children of hoarders to complete a confidential, anonymous online survey focusing on (1) parent/caretaker’s hoarding behaviors, (2) relationships within the family and with the hoarding parent/caretaker, and (3) impairment associated with the hoarding behaviors.

If you are interested in participating in Ms. Park's research, please visit http://bit.ly/YFAChn for more information and for access to the online questionnaire. Thanks!

UPDATE: The research survey has been completed.
Posted by Hoarder's Son at 9:30 PM 2 comments:

On Point on Perfectionism

Many children of hoarders report that their hoarder parents display extreme perfectionism, at least in certain aspects of their lives. In my own family, this is very much the case. My mother was an extreme hoarder, and she was also an extreme perfectionist. For example, she would often have an internal vision of how a room "should" look or how a repair "should" be done, and I think that contributed significantly to her hoarding. She might start to organize a room, but if she didn't have "enough" time, she'd get anxious, stop, and put it off, waiting for a day (that never came) when she would have the time to get the room "just right." There was no such thing as "tidying up" in my childhood home: it was either, "we'll get to it later," or "Stop everything! We have to spend the next three days doing nothing except getting this room organized if we're going to be able to get the furnace fixed!" Of course, we generally never came close to getting the room organized, and any progress that might have been made would rapidly succumb to the laws of entropy.

With that as a preamble, I learned via twitter that Professor Amy Przeworski and psychologist Thomas S. Greenspon recently discussed "The Science and Psychology of Perfectionism" on NPR's On Point with Tom Ashbrook. While the potential role of perfectionism in hoarding was not discussed, the segment was very interesting and engaging. If you're interested in understanding perfectionism a little better, the segment is worth a listen.

PS. You can also download the NPR segment as a 22 MB MP3 file suitable for listening via iPod, iTunes, Windows Media Player, etc.

PPS. Not long ago, Professor Przeworski also blogged about perfectionism over at Psychology Today.
Posted by Hoarder's Son at 12:14 PM 4 comments: